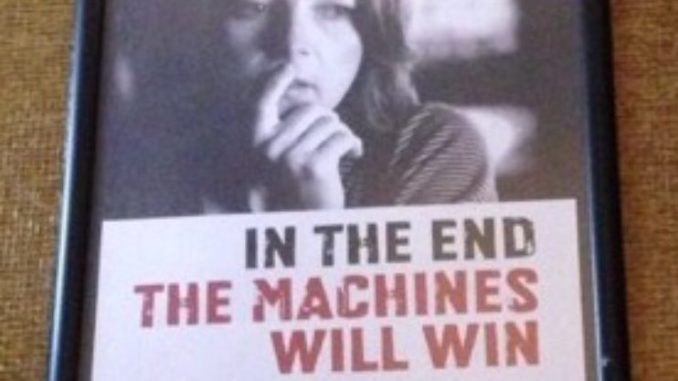 Elan Musk Says A.I. Poses Bigger Danger Than N. Korea As many in the United States and abroad are watching as tensions grow with North Korea, Tesla founder and CEO Elon Musk issued a warning about artificial intelligence.

“If you’re not concerned about AI safety, you should be. Vastly more risk than North Korea,” Musk tweeted Friday, referencing Kim Jong Un’s threat of a missile strike on Guam.

The tweet also included a photo that reads, “In the end the machines will win.”

Musk also warned that artificial intelligence should be regulated the same way anything that could pose a danger to the public is.

This is not the first time Musk has warned people about AI.

If you’re not concerned about AI safety, you should be. Vastly more risk than North Korea

Nobody likes being regulated, but everything (cars, planes, food, drugs, etc) that’s a danger to the public is regulated. AI should be too.

By CHARLIE BAYLISSThe SpaceX founder, who is hoping to become the first man to establish a human colony on Mars, said humans should be “vastly” more concerned about robots taking over the world.

Mr Musk’s tweets come after Trump and Kim Jong-un continue to ratchet up fears of World War 3 with their foreboding rhetoric. The US President has threatened to unleash “fire and fury” upon Pyongyang, while the hermit kingdom has promised to strike the US-territory of Guam by mid-August.

Despite escalating world tensions, Mr Musk dismissed the imminent threat and tweeted: “If you’re not concerned about AI safety, you should be. Vastly more risk than North Korea.”

In his tweet, he included a image of a framed picture of a worried-looking woman, with the bold, capped up words reading “IN THE END THE MACHINES WILL WIN”.

Kirsten Frisina tweeted: “Maybe just don’t make this comparison. It was totally unnecessary. Guess what can’t hurt us if we all die in the nuclear Holocaust? AI”Another user added: “This is crass. N. Korea is an imminent risk that could leave a million or more dead. Your pet issue can wait a bit.’

In the past, Mr Musk has called for “proactive” regulation against AI, previously claiming that the bulk of humanity does not realise the threat posed by robots until they start “going down the street killing people”.

Microsoft Coco Framework Blockchain Networks Enterprise-Ready by Frederic Lardinois (@fredericl) Interest in blockchains is at an all-time high, but there are still plenty of technical issues to solve, especially for enterprises that want to adopt […]

Fidelity Jumps into the Bitcoin Craze