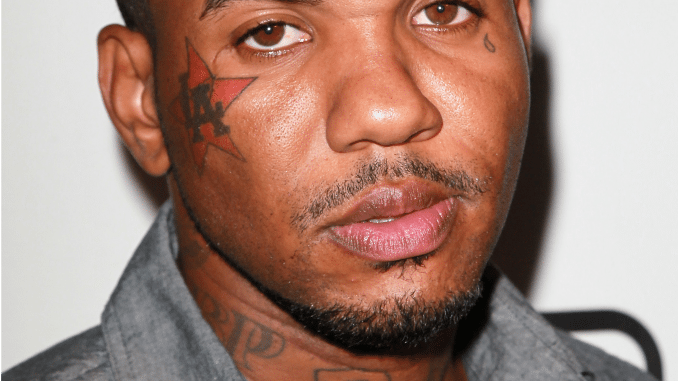 The Game is Pimping ICO for a Weed Revolution

The Game is Pimping ICO for a Weed Revolution The Game, a hip-hop artist, is promoting a tech company that says it is going to use blockchain technology to revolutionize the weed industry.

Tech company Paragon is set to release information about itself and its planned initial coin offering, a red-hot cryptocurrency-based fundraising method, on August 15, according to a video tweeted by The Game on Thursday.

Standing alongside Paragon CEO, Jessica Versteeg, a former model and Miss Iowa 2014, the rapper said the firm was preparing to “revolutionize cannabis and the world.” Here’s a tweet of the video:

Preparing a cannabis revolution with blockchain. @JessVerSteeg and I will tell you more about our upcoming ICO on August 15th @paragoncoin pic.twitter.com/xjGS9qAEF2

Preparing a cannabis revolution with blockchain. @JessVerSteeg and I will tell you more about our upcoming ICO on August 15th @paragoncoin pic.twitter.com/xjGS9qAEF2

ICOs have raised about $1.8 billion this year.

Initial coin offerings are a new funding vehicle using blockchain, the technology behind bitcoin. The market for so-called ICOs is exploding, with over $1.86 billion raised via the method since the beginning of the year, according to data from Autonomous NEXT, a financial technology analytics provider. The massive growth of the ICO market has many people in the space thinking it’s a bubble with many firms using the method as a way to raise vasts amount of money without offering an actual product.

To raise money through an ICO, a company issues a new digital currency that can either be spent within its ecosystem, a bit like Disneyland dollars, or used to power part of the business, like the fuel you put in your car.

At this point, it isn’t exactly clear what the company will do, but Versteeg will hold a Facebook Live Q&A next week to give folks “a behind the scenes look at Paragon and how we’re disrupting the cryptocurrency space.”

ICOs have raised about $1.8 billion this year. Autonomous NEXT

This isn’t the first time a celebrity has backed an initial coin offering. Boxing champ Floyd Mayweather Jr. took to Instagram last month to promote an ICO for Stox.com, a blockchain startup. It ended up raising $33 million worth of Ethereum, according to a press representative for the firm.

To be sure, the rapid growth of initial coin offerings has worried some Wall Streeters.

Business Insider reached out to Schwark Satyavolu, a general partner at Trinity Ventures, a venture capital firm, to get his impression of Paragon and their plans to launch an ICO.

“It made me smile,” he said. “The lack of information and visibility is quite minimal and stereotypical of these ICOs.”

He thinks an ICO is practically the only way a company could raise money with such limited information.

“Fundamentally, it is because you have investors who feel like they are missing out on the next bitcoin,” Satyavolu said. “That’s getting people to jump in.”

The Game is Pimping ICO for a Weed Revolution

Satyavolu thinks the ICO market could be a bubble akin to the mortgage bubble that ushered in the 2008 financial crisis.

“If investments continue at the current rate, this could become the next mortgage crisis with people – including institutional investors – losing hundreds of millions of dollars when (not if) many of these companies go out of business,” Satyavolu said.

To be sure, Satyavolu doesn’t think ICOs are all scams. As an investor, he is skeptical of ICOs.

“These companies running ICOs  could have the best intentions, but they might also have no idea what they’re doing,” he said. “And in many cases, you just don’t have the proper information to make an informed decision.”

As for Paragon, Versteeg told Business Insider that the firm is addressing “real problems in the cannabis industry” and that all the necessary information will be out for folks to examine next week.

“This isn’t another Potcoin,” she said referring to an other weed-focused cryptocurrency. “People will be pleasantly surprised with what we are doing.”