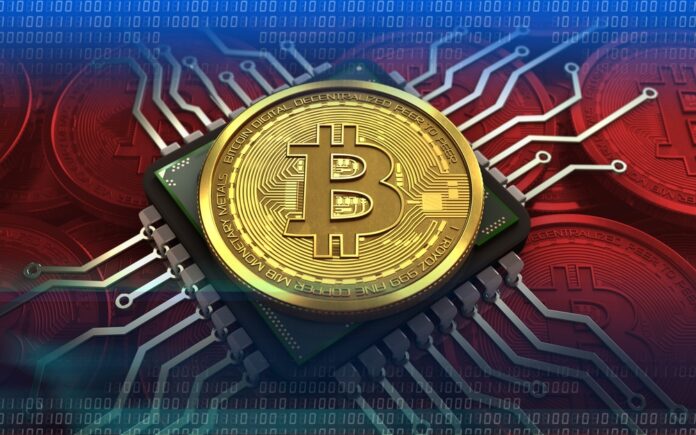 Starry-eyed crypto bulls are quick to espouse the infinite potential of Bitcoin. But although “to the moon” is a very poignant motto, it is not precisely quantifiable.

In that, we have part of our answer. One of the biggest reasons “to the moon” has taken off as the premiere answer to ‘how high could Bitcoin grow?’ is because the honest answer is tough to quantify.

The potential maximum value of Bitcoin has little to do with Bitcoin itself and everything to do with how the world adopts it.

There is essentially consensus among bullish trades and investors that, on its current trajectory, Bitcoin could eventually go as high as $100,000. But, as we will come to discuss, the honest answer is a lot more complicated, going up to as much as $10 million per coin.

What is a Bitcoin?

Bitcoin was created by Satoshi Nakamoto, the name (or presumed pseudonym) of the person or persons who developed the world’s first cryptocurrency and authored its famous white paper.

At launch, it was designed to be the first decentralized, peer-to-peer electronic payment system. But since it has gained popularity, it has also grown to be considered a store of wealth or ‘digital gold.’ This is thanks mainly because there is a concrete limit on how many Bitcoins there could ever be in circulation.

How many Bitcoins are there?

To understand the potential value of Bitcoin, one must first understand how many there will be when all are in circulation.

The currency is hard-capped at 21 million BTC. As a result, every 210,000 blocks, the Bitcoin reward for miners who add verified blocks to the blockchain is sliced in half, in a process known as halving.

When Bitcoin hits its 21 million coin limit (which is expected to occur around the year 2140), miners will no longer be rewarded for adding new blocks.

Although this isn’t expected to happen for more than a hundred years, it gives us a handy number to quantify possible Bitcoin future values. One can safely assume that Bitcoin’s value will peak when all coins are already in circulation.

What is the Upper Limit of Bitcoin, according to experts?

The price of Bitcoin is theoretically infinite. Like all financial instruments and securities, the cost of Bitcoin is a function of supply and demand.

Because Bitcoin isn’t an asset with inherent value (in fact, it is arguably an asset with intrinsic negative value), its price is determined by every participant based on their appraisal at the time of transaction.

This makes the context in which we imagine Bitcoin essential in determining how much it could be worth in the future. Unfortunately, it also makes answering the question of Bitcoin’s upper price limit extremely difficult.

Instead, it is probably more helpful to imagine several eventualities to get an idea of how much it could be worth in each:

Let’s get a little crazier and imagine. Bitcoin takes up its mantle and literally becomes a ‘digital gold.’ This is a prediction floated by crypto entrepreneur Bobby Lee. If Bitcoin were to replace gold and other precious metals as the world’s premier store of value, we could reasonably assume that it could raise its market cap anywhere up to 21 trillion dollars.

In this case, Bitcoin could reach as much as a million dollars per coin.

When Finney completed his calculations, he estimated that current worldwide household wealth measures range from $100 trillion to $300 trillion. With 21 million coins in circulation, that means that Bitcoin could one day be worth as much as $10,000,000 per coin.

Is Bitcoin’s worth development programmed in? Anyone trying on the previous halving cycles should understand that the worth of crypto foreign money primary is rising systematically. If that continues, we are able to count on charges above 100,000 US {dollars} this yr.

The great thing about digital cash is that it may be programmed. Bitcoin’s worth proposition is just not measured on the premise of its bodily properties – as is the case with gold – however follows algorithmic ideas. Bitcoin is software program and that has clear benefits. After all, this manner the concepts of its creator of fine cash could possibly be differentiated right down to the final element: Make your cash the best way you prefer it.

Attentive readers of BTC-ECHO ought to know that Satoshi Nakamoto loves arduous cash. And arduous cash is nearly an understatement: with the common provide halvings, Satoshi has created what might be the scarcest commodity in human historical past. After all, the inflation fee will have a tendency in the direction of zero sooner or later and is already solely round 1.eight % p.a. How does it work?

About each 4 years, extra exactly each 210,000 blocks, the so-called block subsidy is halved, i.e. the proportion of latest BTC that miners function a reward for efficiently propagating a brand new block. While it was 50 BTC within the first halving interval from January 2009 to November 2012, the availability development per block is at the moment solely 6.25 BTC. Bitcoin’s provide follows a predefined sample that’s applied within the depths of the supply code. And that’s what drives the course.

It doesn’t take a level in economics to know what occurs to a very good whose more and more scarce provide meets an rising demand. The solely variable that may alter on this interaction of provide and demand is worth.

Let’s assume that the demand for Bitcoin stays unchanged after a halving occasion. Then a continuing demand meets a halving provide. Even underneath these, nonetheless conservative, assumptions, the worth would rise. Normally, a rising worth would result in exhaustion on the demand facet, as traders’ willingness to pay has reached a plateau in some unspecified time in the future.

Bitcoin is now a very good that can’t actually be squeezed into the fashions of economics. Because what could possibly be noticed prior to now three halving cycles is just not a decline, however even a rise in investor curiosity in Bitcoin within the wake of Halvings.

From an investor’s perspective, the advantage of BTC will increase proportionally with its worth and thus additionally the willingness to pay. Bitcoin is thus utterly opposite to most different items, however in any case diametrically against different property reminiscent of shares. Because the inherent danger of shares will increase with their worth and the chance of worth corrections will increase. It’s completely different with Bitcoin. The increased the worth, the extra sturdy the asset. Bitcoin thus behaves in an analogous method to a so-called Veblen good, the perceived good thing about which correlates positively with the worth. In the case of Veblen items, the demand curve is the inverse of “normal” items. That is, the upper the worth, the extra customers ask. Typical examples of Veblen items are luxurious watches.

What Halvings are basically triggering is a increase in demand induced by a adverse provide shock – an opposing development with monumental explosive energy.

Because identical to Bitcoin’s increase cycles, the overstimulation, i.e. the following bust, follows a sample. And you possibly can see that within the chart. As may be seen, the Bitcoin cycle from 2013 to 2017 lasted precisely 1,477 days. In different phrases: four years and 17 days, precisely one Halving cycle.

In the meantime, Bitcoin has made up good floor. Believe it or not, there was a rise in share worth of 1,600 % between the 2 all-time highs.

Difficulty adjustment as a corrective

Bitcoin is above all a conglomerate of applied sciences that already existed earlier than. SHA-256, Proof-of-Work, Public Key Cryptography: Satoshi didn’t invent any of those, he was simply the primary to place all these applied sciences collectively and construct digital cash out of them. But there’s one exception.

In order for algorithmic financial coverage to be adhered to, a mechanism is required that prohibits overzealous miners from “overtaking” financial coverage. The discuss is, you guessed it, of Difficulty Adjustment. Without the Difficulty Adjustment, BTC wouldn’t work. It ensures that the relative problem of discovering blocks is adjusted each 2,016 blocks so {that a} block is discovered each 10 minutes on common. If it occurred too shortly, it corrects it upwards – and vice versa.

The thought is good. Because as demand will increase, so does the worth and the availability facet tries to skim off the potential margins; In different phrases, mining rigs are working at full pace. But as a substitute of extra BTC coming into the system than deliberate, the issue corrects upwards and the availability quantity stays the place it ought to be. This will increase the hash fee and thus the robustness of the community without damaging financial coverage.

“Past returns are not an indicator of future performance,” How High Will Bitcoin Go? HOW BULLISH IS 2021?is the funding advisor’s mantra. Of course the longer term is unsure. However, it could actually hardly be denied that the Bitcoin fee is essentially formed by the halving cycles. If one extrapolates previous experiences into the longer term, it turns into undeniably bullish for Bitcoin.

This is strictly what the info analysts at Econometrics accomplished. That offers us an approximate image of what can nonetheless be anticipated. If BTC behaves because it did within the first cycle, Bitcoin would hit an all-time excessive of, buckle up, 800,000 US {dollars}.

If Bitcoin grows because it did within the earlier cycle till December 2017, a worth plateau of “only” just below 300,000 US {dollars} outcomes. It is thrilling, nonetheless, that Bitcoin is at the moment above plan and is rising rather more bullishly than in 2017, as may be seen within the following graphic. A cycle high of $ 300,000 later this yr is a conservative estimate from that perspective.

By the time of going to press, greater than 350 days have handed because the halving. So we should always get readability as quickly as potential. Because on common it takes about 550 days for Bitcoin to arrange a cycle high after halving. That could be the case firstly of November this yr.

Of course, these are simply hypothetical issues. Nevertheless, it’s not implausible that Bitcoin will proceed as earlier than. The basic knowledge converse for themselves and fashions reminiscent of PlanB’s Stock to Flow additionally predict worth ranges above 300,000 US {dollars} in 2021.

Previously, you would set the clock in line with Bitcoin’s halving cycles. Why ought to that change sooner or later?

This article beforehand appeared within the April challenge of our month-to-month journal Crypto compass.