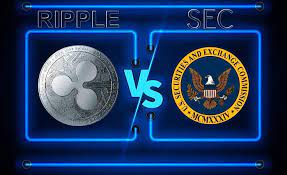 2022 THE YEAR OF XRP?: Everybody is eagerly waiting for the lawsuit between SEC and XRP to end. The big question is, What will happen to the price of XRP when it reaches an impending settlement?

For some months now, the XRP price has not been pumping. Other altcoins and even meme coins like Doge and Shiba are seen to have generated more returns. Some even troll the XRP to become a stable coin for trading sideways for the past 13 months.

With the current correction in the crypto market, XRP hodlers are concerned if they should panic and sell the bottom. Moreover, professional analysts like Wallet Investor, Crypto ground, and Trading Beast expect XRP to trade as high as $1.9 before February 2020. Long-term investors like BitBoy crypto believe XRP could go as high as $500 in the long run.

This article will discuss recent news and updates surrounding the XRP and what we should expect soon. The court case and why some investors are very bullish about XRP.

How did XRP into a legal tussle with the SEC in the first place?

THE CASE BETWEEN XRP AND SEC

On December 22, 2020, the SEC Security Exchange Commission filed a complaint against Ripple Labs and two of its executives -Ripple Labs CEO Bradley Garlinghouse, and Christian Larsen, Executive Chairman and Co-founder. The SEC complaint alleges that Ripple raised over $1.3 billion in an unregistered securities offering of its digital coin XRP in 2013. The SEC regards the XRP security and expects it to follow the rules and guidelines of the commission. They were not charged with fraud, any form of data manipulation, or mismanagement of funds.

However, this is where the problem lies. On the other hand, Ripple Lab maintains that XRP is just a virtual currency. The SEC move against XRP excluded it from the list of cryptocurrency exchanges in the United States, including Coinbase. These changes led to some traders selling out of fear and many losing their investments as the market plunged.

Over the past few months, XRP has remained strong despite being in a legal tussle with the SEC for almost a year. XRP still stands as the 7th largest cryptocurrency globally, with a  valuation of over 47 billion dollars. A feat the XRP Army believes not any cryptocurrency can achieve, including Ethereum.

Recently, information gathered from investors, notable figures in the crypto industry, and the Ripple Lab legal team shows that Ripple has more edge in this case, and the odds of winning against SEC grow daily.

A recent tweet from XRP Attorney Jeremy Hogan- “Crypto investors now realize that the SEC is making it up as it goes. It invents rules and uses enforcements – or the threat of it – to cement its arbitrary policy”. Also, CEO Binance, in a speech, stated that he believes that XRP has a huge advantage in the case with SEC, and victory is certain.

Also, as more investors and partners come on board, Ripple Lab has not stopped creating products for its customers. Ripple announced the opening of a marketplace for financial firms on November 9. It will enable financial service providers to provide their customers with the ability to acquire and sell cryptocurrencies. The platform, dubbed Liquidity Hub, is expected to launch in 2022. Customers of the firms will use it to purchase crypto assets from various sources. Although this announcement didn’t cause XRP to appreciate, the actual launch may boost XRP’s price.

Since nobody can accurately predict what the future has in store for XRP, based on our research and expertise in the crypto industry, we can say with a certain degree of certainty that XRP has a great potential for more upside. We would also advise you to do your research and never invest more than to can afford to lose.