7 BLOCKCHAIN TRENDS FOR 2020 AND BEYOND 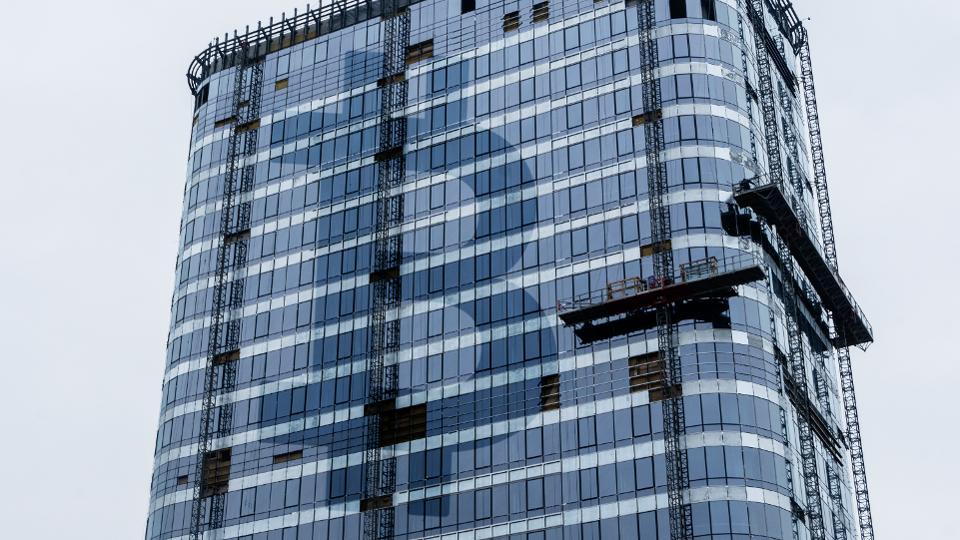 By Ilia Obraztsov, CEO of Smartlands, a global digital securities issuance, and investment platform. 7 trends on blockchain to watch.

Humanity may be a few steps away from the Internet of Anything and Everything (or whatever the all-encompassing global digital interweb is going to be called in the years to come), but don’t kid yourselves: it’s coming. Right now the brightest minds in computer science, software development, entrepreneurship, policymaking, and digital arts are hard at work designing the future tenets of Web 3.0 and the process shows no signs of slowing down.

Clearly, the blockchain technology is going to play a leading role in the coming-together of the ideas that will eventually set the stage for this tectonic digital transformation. However, what’s important to distinguish amid new product releases and the onslaught of credible and not-so-much whitepapers is the kernels of reality when it comes to the biggest trends in blockchain for 2020.

7 Blockchain Trends for 2020 and Beyond

Neobanks will Advance the Blockchain Technology to Unimaginable Heights

The bizarre case of Hush aside, in the future neobanks will continue leveraging the power of the distributed ledger making the very concept of monetary relations aeriform with each new technological advance. Right now a number of young and hungry neobanks has already closed the books on interconnected crypto/fiat accounts, fast exchanges of fiat to crypto, and the ability to earn income with crypto investments while seamlessly converting the earnings to any type of currency.

The next steps neobanks are poised to make on the way to a cashless society are operations with CBDC (Central Bank Digital Currencies), issuance of public and private blockchain-based bonds, and, ultimately, participation in a unified global cross-border payment system. Following the footsteps of the IBM’s World Wire and Banco Santander’s One pay FX, neobanks-employed technologists are hard at work refining their solutions for the speed of transactions, transparency, lowering of clearing costs, precise transaction tracking, and platforms’ interoperability. And, once they do – banking, business, the world itself will never be the same.

One such solution is Smartee that’s going farther than the others. It aims to combine traditional banking services and investing in one power-app where users would be able to open free current accounts in multiple digital and fiat currencies, store, spend and exchange fiat and crypto, receive cashback from operations and invest in the multitude of digital securities. The app launched recently with its unique co-ownership feature: the first 1 million active Smartee users receive shares of the company upon completion of KYC. How cool is that?!

Federated blockchain is not necessarily a new idea, but as an upgraded form of the basic blockchain model, it is an ideal solution for a variety of specific applications because with federated blockchains, multiple authorities can control the pre-selected nodes allowing them to validate the block. Experts agree that the rise of federated blockchains in the Web 3.0 environment will provide private blockchains with customisation options much more suitable for the future commercial environment. In other words, if Walmart sees it – so should you.

At the end of 2018, ICOs waned substantially, giving way to STOs (security token offerings). Technology finally allowed us to move beyond payment settlement and create an ecosystem for regulated digital shares of any asset in any asset class to be issued and traded on the open market by an accredited individual or legal entity.

2019 was the year of monumental strides moving the security token industry in the right direction, bringing speed, security, transparency, and the immutability of records to the sector that processes hundreds of millions of transactions per day.

Each day, the space boasts more and more actionable successes, although, for now mostly on the infrastructure side – some of the technological aspects of the issuance of digital securities need to be refined before mass adoption. Still, the number of offerings is growing exponentially, grabbing investors’ attention across the globe. Asset tokenization will continue to create enormous value driving the ecosystem forwards the “blue ocean” – the uncontested market with a tremendous promise of a positive-sum game. Undoubtedly, businesses that embrace the concept of asset tokenization on the blockchain will see substantial gains in 2020 and beyond.

Tougher Regulations will Become a Fact of Life

Since the blockchain technology is now present in almost everything – from managing electrical grids to forming new religions, regulating blockchain-based developments, especially those pertaining to financial markets, is a must.

But does innovation die when regulators enter the room? Quite the opposite: if left unchecked, wide adoption of the new standards and protocols that will ensure the interoperability of multiple systems is a legal nightmare. In order to speed things up regulators, entrepreneurs, politicians, and taxmen will have to form a circle of trust.

Just one example of such collaboration is the EU Blockchain Observatory and Forum run under the auspices of the European Commission’s Directorate-General for Communications Networks, Content and Technology (DG CONNECT).

The Organization aims to accelerate blockchain innovation and the development of the blockchain ecosystem within the EU as well as bring together European legislators entrepreneurs to help cement “Europe’s position as a global leader in this transformative new technology.”

Social Networking Will Migrate to Blockchains

Unsurprisingly, according to Statista, almost a third of the planet’s population uses social networks, and you’d better believe that that number will only be growing in the coming years. And, given the colourful plethora of recent scandals with multiple privacy breaches and data leaks, it’s a fairly obvious assumption that blockchain-based decentralized social platforms will not only continue to flourish but at some point will surpass corporate-owned giants in popularity and functionality.

Unlike mainstream platforms, Decentralized Social Networks are controlled and managed through distributed systems rather than by a single entity, which makes all the difference in the world. It used to be just cool hanging out on Diaspora, Minds, All.me, Mastodon or blog on Steemit, Read.cash or Publish0x, but in the future, it will make perfect sense: DSNs are secure, reliable, mostly ad-free and are full of options to monetise your content. Frankly, it’s a wonder Facebook still exists…

If you ever cooked a meal, you realize that the process requires multi-directional effort and consists of actions that command highly diverse skill level – from carrying bags of raw products (easy) to clarifying consommé (extremely difficult). Jamie Oliver’s famous 5-minute meal is a great example: it looks magical on a TV screen as long as we prefer not to think of the multiple assistants who have to shop, wash, sort, and peel to make the magic happen.

That’s enterprise-grade full-stack solution for you: in the future, instead of trawling the market for this component and that piece of code, you will buy a ready-made product from the likes of Microsoft Azure, Amazon Web Services (AWS), IBM Cloud, Oracle Blockchain, VMWare and move on.

As it stands, the demand for compact blockchain-based solutions and the talent that can produce them is skyrocketing, and businesses are not about to slow themselves down by attempting to cultivate each aspect of their technology separately. Full-stack developer continues to be one of the hottest jobs on the market that’s expected to grow 69 percent by 2025, which goes to show that, the more businesses accept the transformative power of the blockchain technology, the more they will require package deals.

Humanity Will Have To Pay for Web 3.0

It will definitely change in the next year or so, but right now it makes one think long and hard: 78 percent of companies use free, open-source software or, as does the OpenSSL Software Foundation, operate on a wafer-thin budget that mostly consists of donations. The lack of incentives in open source development not only burns out even the most benevolent of hobbyists but makes shared software seriously vulnerable.

There have been serious attempts in the blockchain space to make open source development economically sustainable, Gitcoin being one of the most notable and multi-pronged efforts supporting open source maintainers, but make no mistake: Web 3.0 will not be built on hand-outs.

Instead, developers are going to be asking top dollar for building such Web 3.0 elements as Semantic web, AI-driven data processing, extended 3D-capabilities and disrupting existing business models through fractional co-ownership and sidechain-based money streaming. And if you want to get on that gravy train, prepare yourself for shorter or non-existent trials, multiple (and expensive) SaaS subscriptions, and more cool abbreviations.

Ilia Obraztsov is an experienced technologist, visioner and business leader skilled to deliver efficient and robust proprietary solutions that rapidly facilitate the transformation from the startup phase to a fully-funded global enterprise. Over his 10-year career in the technology sphere, Ilia has quickly moved through the ranks of the IT sector growing from a backend engineer in a Russia-based machine learning company to CTO of multiple California-based fintech startups.

Will 2020 Be The Year Of Enterprise Bitcoin?

Bitcoin is the most popular digital asset in the institutional trading world as it has the best trading options available, both spot and derivatives, proven track record with the longest history and availability of data. This made some of the largest financial services institutions highly interested and in 2019 we saw the birth of several bitcoin products like Bakkt’s physically delivered bitcoin futures, Fidelity Digital Assets bitcoin custody solution and TD Ameritrade’s trading offerings.

But is it also the case for the large enterprises looking at blockchain as a technology and wanting to innovate using easier payments over fast and secure transaction networks and processes built around smart contracts? Can they use the bitcoin blockchain as a foundation and place their middleware stack and end-user decentralized Web 3 and decentralized finance (DeFi) applications on top?

So far the majority of enterprise-focused blockchain development has been done on permissioned and private blockchain protocols like Hyperledger Fabric and R3’s Corda. This is mostly due to the fact that they offer sufficient privacy, scalability and transaction finality guarantees. Compared to them, development on top of the bitcoin blockchain was not seriously considered until recently when in May, Microsoft announced their permissionless, Decentralized Identifier (DID) network called ION running exclusively on top of the bitcoin blockchain. That triggered a shift in the sentiment that developers and enterprises should also consider bitcoin as a potential layer for enterprise blockchain development. For example, companies like Bitfury are already making significant progress with enterprise-tailored blockchain offerings like blockchain as a service (BaaS) using bitcoin as a base layer.

Today In: Money
Let’s review how bitcoin stacks up as an enterprise-ready development platform. According to a recent Ernst & Young study among decision-makers across the U.S., Europe, and Asia, the major reasons to consider blockchain in general are:

· Preservation of data integrity – In this area bitcoin is the absolute winner as the most trusted and secure public blockchain. The bitcoin blockchain is currently secured by 97 quintillion hashes per second or EH/s. Data integrity is priority number one for the maintainers of the bitcoin blockchain and they are very restrictive about any new feature that can introduce security bugs and potentially compromise the integrity of the protocol. The accuracy and consistency of the data can be easily observed and analyzed by simple blockchain explorers as well as by using surveillance tools like Elliptic, Elements and Chainalysis.

Bitcoin hash rate
Bitcoin hashrateBLOCKCHAIN.COM
· Ability to build new revenue/business models – Bitcoin currently has a $128 billion liquid market cap so building new models on top of it can unlock new significant revenue channels. Furthermore, the increased adoption of Layer 2 technology like the Lightning Network, which operates via channels and enables cheap and fast payments, will enable new business processes and ways to revenue.

· Increased operational efficiency – Since 2010, when certain opcodes were taken out of the core protocol, smart contracts were considered taboo in bitcoin. Lately, with the development of Blockstream’s Liquid and the new RSK framework, Schnorr signatures and Taproot will make smart contracts–like executions possible via sidechains.